You are here: Home / Health / I had a scare, a real scare
ShareTweet

Yesterday morning, I was halfway into day 11 of my fast. I felt good, no problems at all. I had some water in the morning and took the medications that I take in the morning. No issues. I had a meeting scheduled with a fellow that is a good friend on Facebook.

We were scheduled to meet at Victoria Plaza at 10 AM. At about 9:15, I left the house and walked up to NCCC Mall (about a half mile). I have been doing some serious walking during this fast, up to 5-mile walks, so this half mile was only a short walk. I intended to catch either a jeepney or a taxi there, it is kind of a transportation hub there. When I got to the area where the transport vehicles stop, I started feeling a bit dizzy and quickly I felt very dizzy. I walked over to a place where there was a telephone pole, I needed something to lean on or I would fall. I was thinking that I would probably just go home, but I felt too bad to even do that. The last thing I remember was that I decided to call Feyma, but I didn’t even get my phone out of my pocket.

After that, the next thing I remember, somebody was shaking me and saying “Sir, do you need help?” I said (stupidly) “No, I am fine, thank you.” The person left. Then, I started looking around and I realized that I was laying on the ground, in the dirt. I had to stop and think to realize where I was and what I was doing there. I decided to get up, and as I started getting up another person came rushing over and assisted me. He asked, “Sir, are you drunk?” I said, “No, I don’t drink.” Then “Do you have high blood?” “No, I don’t, but I have been fasting for the past 10 days.” I thanked him profusely for his help, and there were some tricycles there, so I got one of them to take me home (only 5 minutes or so on a trike).

When I got home, I basically could not function at all. I was too weak to even take a shower (I was covered in dirt). I had to sit in the shower and my wife washed me. I tried eating some broth, and a few other things, but it made me nauseous. I had checked my blood sugar and it was fine 94. I decided I better check my blood pressure, and my meter could not read it, it just said “Error” every time I tried. This immediately started me thinking I had a blood pressure problem. About 15 minutes later (this was already an hour plus after I got home), I was feeling a bit better and tried to check my BP again, it was 80/40. That is low. I checked it again like 30 minutes later and it was 95/70, still a bit low for me, but almost normal, and headed in the right direction.

On Tuesday, I had a doctor visit with Dr. Ho, my endocrinologist, and everything checked out fine, he said I was doing excellent, and I was OK to continue fasting. Yesterday, and even this morning, I was feeling great.

After those 2 BP checks, I talked to a doctor. I wanted to be sure it would be OK for me to sleep, you know if you have a head injury or something they say don’t sleep. I had no head injury, but I did not know if fainting would also follow that rule. The doctor said it would be good for me to rest. I slept for 4 hours and woke up feeling pretty good. 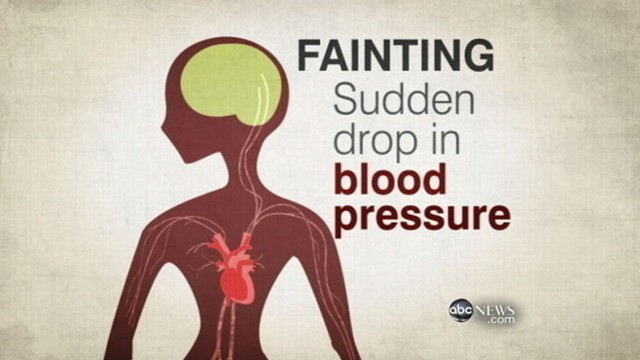 Later, the doctor confirmed that the fainting was BP related. I had recently started using Carvedilol because it kept my heart rate slower, and that was recommended. I need to go in and get my BP medication worked out (or possibly eliminated entirely). I will do that soon.

I am weak now but feel pretty good considering what I went through.

The doctor does not feel that my diet or fasting played a role, or at least not a huge role in this. It is probably somewhat related in that the diet and fasting have been very good for my health in that it eliminated a lot of health problems, including making my BP more or less normal. We just are going to have to work out the meds to do what is good for my heart, and also good for my health.

I did break the fast after all of this, it was the wise thing to do (remember, Dr. Fung’s policy, listen to your body, and my body was sending a massive signal yesterday). I told Jeff, my Doctor friend, that I am not going to do a planned 30 days fast we had talked about doing in about a week, and after hearing of my ordeal, he said that he is not either. We both agreed, we will do shorter fasts, maybe 3 to 5 days will be the max. For now, I will just eat for at least a few days, or whatever my body tells me it wants.

I also feel that another thing that played a big role in this is some severe stress that I have been under due to some family issues.

Anyway, I just wanted to update those who are reading this site. I will be back to fasting! Everything I am doing is medically supervised, so I have full confidence.