You are here: Home / Journey / A friend in need?
ShareTweet

Yesterday, I got a real shock, although I guess I should not have been too surprised.

A person that I shall not name was a very close friend both here on Facebook, and also a real-life friend as well. He is British, his wife is from Davao. They tend to come to Davao every year or two, and we always get together at least once while they are in town. What is intended for a quick meeting, maybe an hour always goes on and on for hours because we are having such a great time together? I honestly, really both my male friend and his wife as well. Feyma was also close with them. I’ll call him Joe.

Well, yesterday morning< I was checking Facebook to see what my various friends were up to. I realized that I had not heard from Joe for a while, and I was kind of worried about him. He is usually very active. So, I went over to his profile page to check on him. There it was staring me in the face, we were no longer friends! I was honestly shocked, I could not believe that he would unfriend me, because we had been very close for years.

Not only was Joe no longer my friend, but I went over to his wife’s profile and again… I had been unfriended. I noticed that Joe also unfriended Feyma, although his wife was still friends with Feyma. I felt sick about it all day long

I wondered.. had I said or done something that offended these friends? I could think of nothing, but sometimes things written are taken in the wrong way, maybe that was the case. I did recall that the last time that Joe and I interacted with each other, he was upset about my fasting. He did not think it was a good idea for me to be fasting, although I have my doctor’s approval and encouragement, and I am also researching deeply into what I am doing, and following doctors from all over the world. I just could not fathom that somebody would unfriend me over fasting, though. Especially somebody who was a “real” friend and had been for years. 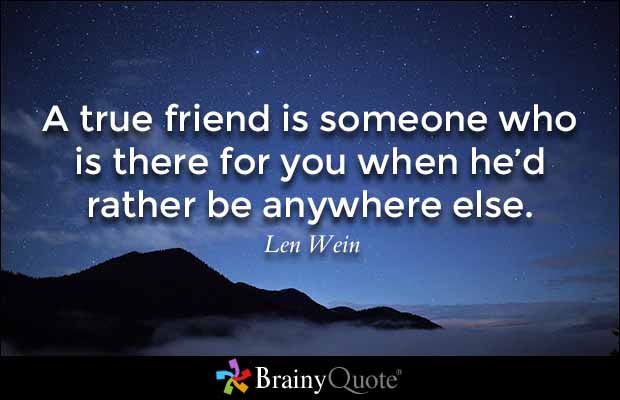 I decided to send him a message on Facebook Messenger and ask him what had happened, and that I hoped we could work things out.

Later in the day, I got a reply from him. What he said shocked me.

From what he told me, he had abandoned our friendship because:

There is an old saying – a “friend in need is a friend indeed”.

Last year, in 2016, I came very close to dying. I mean very close. After I got through the ordeal of a heart attack and quadruple heart bypass surgery, I decided I better take control of my health. I want to live longer and see my kids mature, get married and have kids of their own. I want to enjoy more years with my wife and my other family. That meant that I had to take action.

The actions I have taken including a ketogenic diet, fasting, more exercise, weight loss, etc. have worked wonders for me. I am nearing a weight of 240 lb now. At one time I weighed 430 pounds. In the past year, my maximum weight was 320 lb, so I have lost 80 pounds in the past year, and overall from my peak weight, I am down 190 pounds. Those are big changes that I have worked hard for. I believe that the changes I have made already have extended my life by many years, and I am not yet done making changes and continuing with the already implemented changes.

If a person disagrees with something I am doing, that does not mean that they should no longer be a friend. They can say “Bob, what you are doing is not what I think is the right way to go, but I wish you well and I am behind you in improving your health, good luck to you.” Something like that is a friend. The actions that Joe took are not a friend at all. I have had a number of friends tell me that what I am doing is not what they think is right, but wish me good luck. I have no problem with that at all. Thankfully, I have had huge numbers of people supporting me in what I am doing, and many even following my lead and doing the same things themselves, and reporting great results, like what I have experienced. I have no interest in selling what I am doing to others. When I write about it, I am only telling you what I am doing and how it is working.

I really do feel terrible about this, because I valued the friendship with both Joe and his wife. I mean, these are people I really care for. What do they want me to do, relent and say, “OK, I’ll get back up to 300 lb as soon as I can so we can still be friends.” I am sorry, but I am not going to do that. No matter how much I value friendship, I value the potential of my time with my wife, kids, and grandkids even more. If it comes down to those two choices, I know which way I will go every time.

As I have said before, the very hardest part about fasting is dealing with people who don’t understand and are against it. What a shame.

Hasta la vista, Joe. I wish you well, but you have really shown me your true colors now.