You are here: Home / Health / Visit to SPMC
ShareTweet

When I had my heart surgery last November, it was done at SPMC, Southern Philippines Medical Center.  They have a great heart center there, and the care was excellent.

I have been back to SPMC several times since then, to visit with the people there and just give my thanks for their hard work in caring for me during that time.

Yesterday, Feyma and I had a couple of errands to run, which brought us fairly near to SPMC, so I told her I would like to go visit the Heart Center again.  We stopped on the way and bought 4 big boxes of candy bars and some Mamon (a cake-like thing) and other treats. 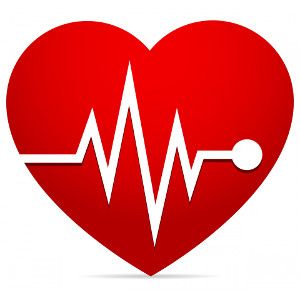 When we arrived at SPMC our first order of business was to go to the Pediatric Ward and visit the children that were there for heart surgery.  We distributed the candy bars to the kids, and they were so happy!  I had gone to SPMC in mid-December dressed as Santa Claus, and yesterday there was one young child who was still there since December when I visited!  So, he had been in the hospital for at least the past 2 months.  I felt so sorry for him, but he sure did get a big smile when I gave him 2 candy bars!

After visiting the kids in the ward area, we went downstairs and visited some of my nurses during my surgery and recovery period.  First, we saw Jan.  I was so happy to see Jan because I had not seen her since the time I was released from the hospital!  When I came out of surgery and went to the ICU in November, it was Jan who was there when I woke up and became aware of what was going on.  Jan took good care of me, and I really consider a friend now.  A friend that I feel very indebted to.  It was so nice to see Jan and talk with her for a while!

We also saw many of the other nurses that helped me, including Ladylin, Annalou, Jenny and Paola.  It was nice to see them all!

I really plan to go back and visit SPMC at least a few times per year.  It makes me feel good to go there, see the people, and let them know that I am doing OK – thanks to their efforts!

Thank you to all of the team at the Mindanao Heart Center!  You guys mean a lot to me!